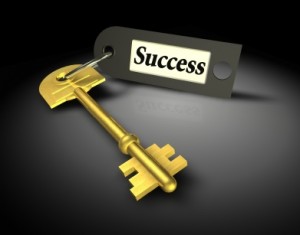 My client Lee was feeling unclear about how to achieve more success in his life.  I asked him to define success.  Here’s what he said:

I then asked Lee to examine this definition.  Did it serve him well in his life?

The danger in needing recognition from others is that they measure success based on their definition of success, not yours.  Because of this, you may not get the recognition you deserve.

In addition, wanting others’ recognition can drive us to live by their values instead of our own.  You might find yourself doing something you regret or wasting a great deal of precious time striving to live someone else’s picture of success.  For example, you could become a workaholic instead of being a great father or you could be wealthy but not have any friends.

Lee decided to replace his need for recognition from others with recognition from himself.  It will take some work to come to a place where he can truly recognize his own success, but the work will be worth it to feel more free to align with his on values.

Lee e-mailed me this quote a few days later:

“To laugh often and much; to win the respect of intelligent people and the affection of children . . . to leave the world a better place . . . to know even one life has breathed easier because you have lived.  This is to have succeeded.” – Ralph Waldo Emerson

Many of us live our lives based on definitions of success that come from somewhere else.  We have been taught that success is:

But these definitions may not reflect our core selves. And the life we create may leave us disillusioned, frustrated, and disassociated.

“If your success is not on your own terms, if it looks good to the world but does not feel good in your heart, it is not success at all.”

Lee looked deeper and realized that he was living more by others’ definition of success and had stopped living by part of his own definition of success:  having fun.  Once Lee infused more fun into his life (by listening to comedy and reading comics) he was able to become more active and get more things done.

Lee felt he’d made a big breakthrough after just three weeks of being coached and he looks forward to continuing to work toward creating a life based on his own brand of success.