The Problem: Disengaged and Apathetic Team
An Aerospace Executive, we’ll call her Connie, was concerned because her team was disengaged and apathetic.

Sally came to coaching as “walking wounded”, as she now describes it. “I was not valued by my department, I was skipped over for numerous promotions, and I was doing work that didn’t utilize my talents and abilities.”

She became negative and complained which didn’t help her situation. And she felt lost and hopeless and it showed.

In our coaching sessions we worked together to:

Sally built an image of a bubble that deflected negative energy and messages from others and she worked to train her mind to think more positively.

Sally began to see every interaction as an opportunity to promote herself and build relationships that would help her move forward. She also reconnected to her authentic self and the great contribution she could make in the meetings she attended. People noticed and were attracted to her new energy, authenticity, and more Zen-like approach. Being the “new” Sally paved the way for her job transition. 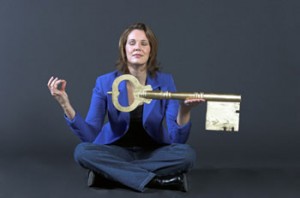 She started doing Informational Interviews which created visibility and a stronger network so she would be notified of upcoming opportunities.

The Informational Interviews led to a new opportunity. Sally shined in the new job because it fit her skills and she shaped it in a way that would let her have the greatest impact. I have always found the best jobs are the ones we create and Sally proved this once again.

And Sally didn’t stop there. She continued to look for new opportunities and build to a long term career path.

Sometimes people think they don’t need to update their resume when they apply for internal positions. When an ideal position came up I nudged Sally to tailor her resume and LinkedIn profile to highlight her experience that aligned with the job requirements. It really worked because: “The hiring manager reviewed my resume, then walked directly to his manager’s office to tell him he had found the right person for the job.”

“Coaching has helped me connect to my strengths and abilities, build my confidence, and see what steps I needed to take to change my situation. I have steadily changed and grown, and continuously taken steps toward building my ideal life and work. Now my life is completely different.”

“I want people to know transforming your life takes time. It took me 50 years to get here, I couldn’t have expected transformation over night. But small changes add up quickly and coaching has helped me reinforce and deepen the changes I’m making.”

“People tell me I’m lucky. But I built the right support team and stepped through the fear to execute my job change strategy. Believe me, I made my own luck!”