The Stressed Out VP 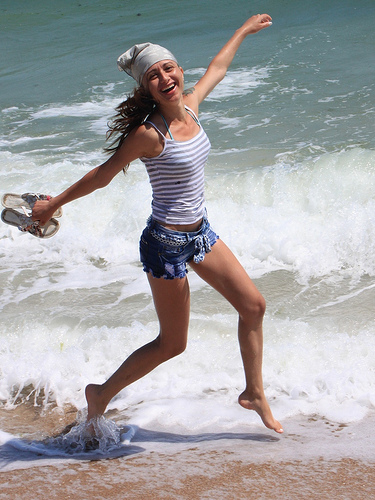 Christine came to me just as she was starting a new job as VP of Operations at a large utility.  Her goal was to set up habits that would prevent her from experiencing the stress and job burnout she had experienced in her previous job.  She also wanted to work on being healthier (her blood pressure was high, she had a tendency to eat unhealthy foods (especially when she was traveling), and she wasn’t exercising regularly).  She had also recently visits the ER with chest pain that ended up to be stress related.

We started by working on Christina’s ability to say “no.”  She had a tendency to say “yes” to everything:  extra work, extra responsibility, helping her family, favors for neighbors.  It was no wonder Christina had become stressed out, she had no time for herself.

Christina made steady progress at saying “no,” although she backslid from time to time.  Each time she backslid, we examined the situation and created a new strategies for her.  Eventually Christina’s ability to say “no” helped her carve out time for herself.

Next we worked on Christina’s health.  She hired a personal trainer which gave her the motivation to exercise.  She started eating more fruit and vegetables and gave up French Fries.  When she went on business trips, she bought fruit and vegetables right away, so she wouldn’t eat as much junk food.

The next subject we tackled was fun.  Christina settled on some weekly activities: going to a funny movie, buying herself flowers, going out to lunch, and talking to her sister on the phone.  She even signed up for a cooking class.

Christina summed it up:  “Life Coaching helped me get clear about what I want out of life.  Now I’m able to make a plan, stay on track, and not feel so guilty if I get off track.  I used to beat myself up for everything I didn’t do.  I’ve let go of my guilt and now I’m able to keep moving, one step at a time, and persevere.  I’m finally living the life I’ve always wanted to live.”