One of the best tools I’ve found for giving feedback to others is called the Constructive Feedback Model.  It takes the sense of personal attack out of giving feedback, helps you use “I” statements, and helps you express your feelings so that the receiver can more fully understand the impact of their behavior on you. The model is below. 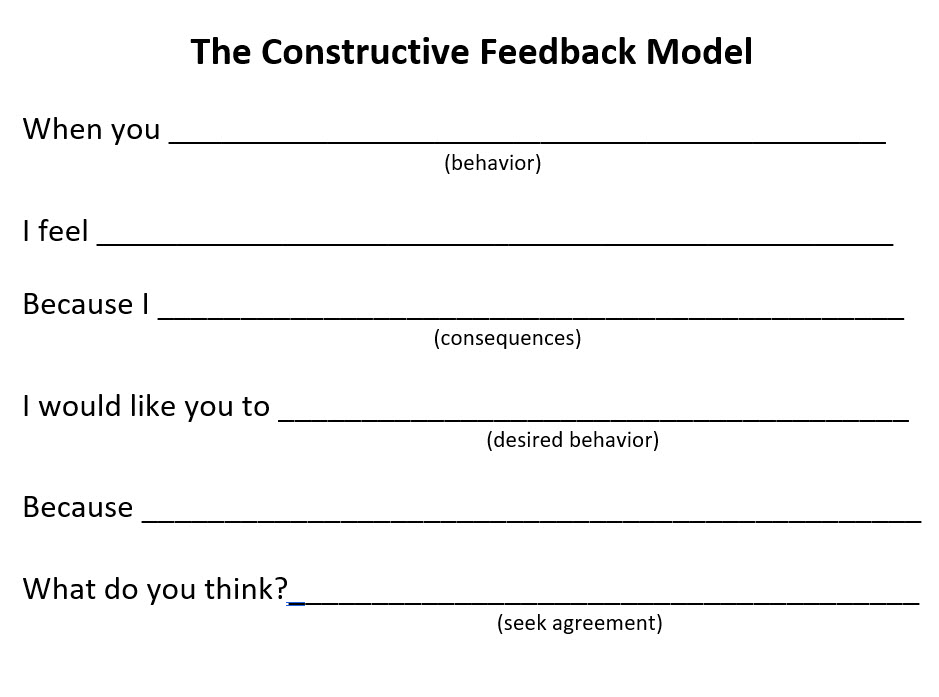 Over the years, we’ve seen many examples of when introducing the “Constructive Feedback Model” to a Team, and reinforcing use of it took the team from being dysfunctional and unproductive to being functional and high performing.

I believe it’s because the model helps people deliver feedback in a way that preserves the other person’s dignity. Also, it gives people a tool to use in giving feedback, which leads them to give more feedback to others instead of resenting them.

In addition, talking about how the other person’s behavior impacts you helps the person see it from your perspective, which motivates them to change their behavior.

Would you like to introduce the Constructive Feedback Model to your Executive Team?

Would you like to introduce the “Constructive Feedback Model” to your team? Do you need help applying it yourself?

Through individual and Group Leadership Coaching, we can help you use the “Constructive Feedback Model” to give feedback that changes their employee’s behavior and creates open communication in their relationships.